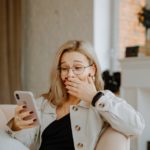 Are we being fooled by fake news?

Have you ever turned on the local news and heard about a story and share it on social media only to find out the news was fake?

Have you ever had a coworker share a story with you that really upset you only to find out the story was not true?

I was that person!

I used to be a victim of fake news daily when I used to travel from job to job repairing phone problems and as I traveled I would listen to the radio in my company truck. I would hear a story the host of the radio show I was listening at the time, sometimes it was a political issue and other times it was a conspiracy story but the problem was I would get so riled up about it I would come home and share the story with my wife without ever verifying the story was true.

I followed this routine for about a year before I learned something very powerful. The news we hear on the radio or watch on TV is only giving you enough facts to support their point of view and they never share the source where they got the story from.

I got upset when I learned the truth

Have you ever saw a story that was posted on your social media feed and shared it because it was information that everyone should know to protect themselves only to find out later when you checked on sites like Snopes.com

5 ways to verify if a news story is true

Teach your children to follow the same guidelines and you can save them a lot of pain socially. I can remember when I was in school kids would spread rumors about other kids because they did not like them or to make themselves feel better. Always tell you, child, to talk directly to the person in question and ask them point-blank. If you are concerned about the person being mad you can ask the question in the following way. “What I am going to say may upset you but I heard a rumor about you and I wanted to confirm whether it was true or not.”

By teaching our children to communicate openly and with respect you will be equipping them to build solid relationships based on trust and not fake news.

Have a great week